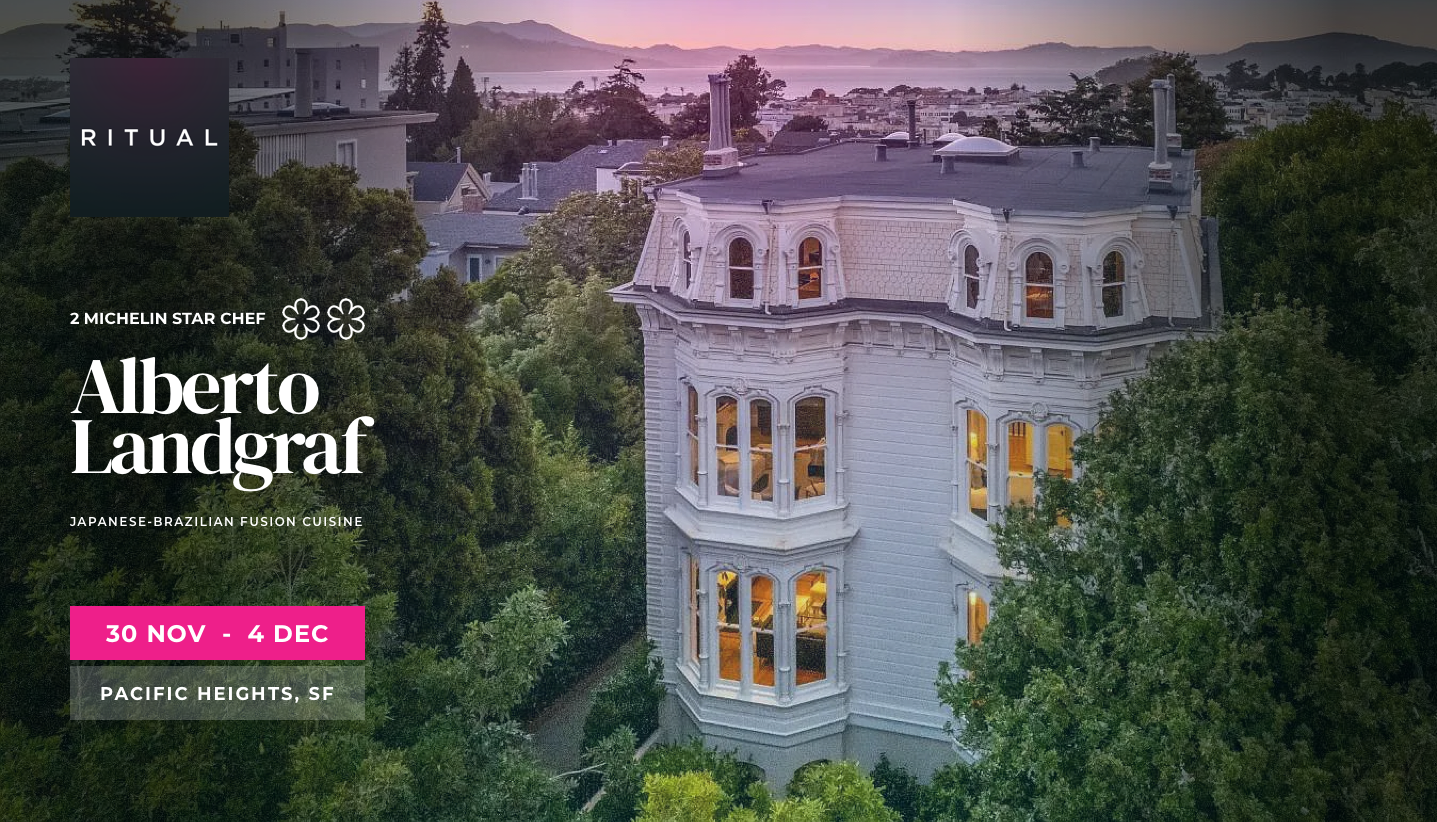 Meet and be served by Japanese-Brazilian Chef, Alberto Landgraf, creator of Oteque, one of the World's 50 Best Restaurants, located in gorgeous Rio de Janeiro, a cidade maravilhosa.

Chef Landgraf will meet you in person and serve you his signature tasting menu, a showcase of the unique cuisine that earned him 2 Michelin Stars and a place between the best restaurant creators in the world. After dinner the small group of guest is invited to stay over for a speakeasy bar experience with the chef to exchange stories and experiences in an intimate setting. 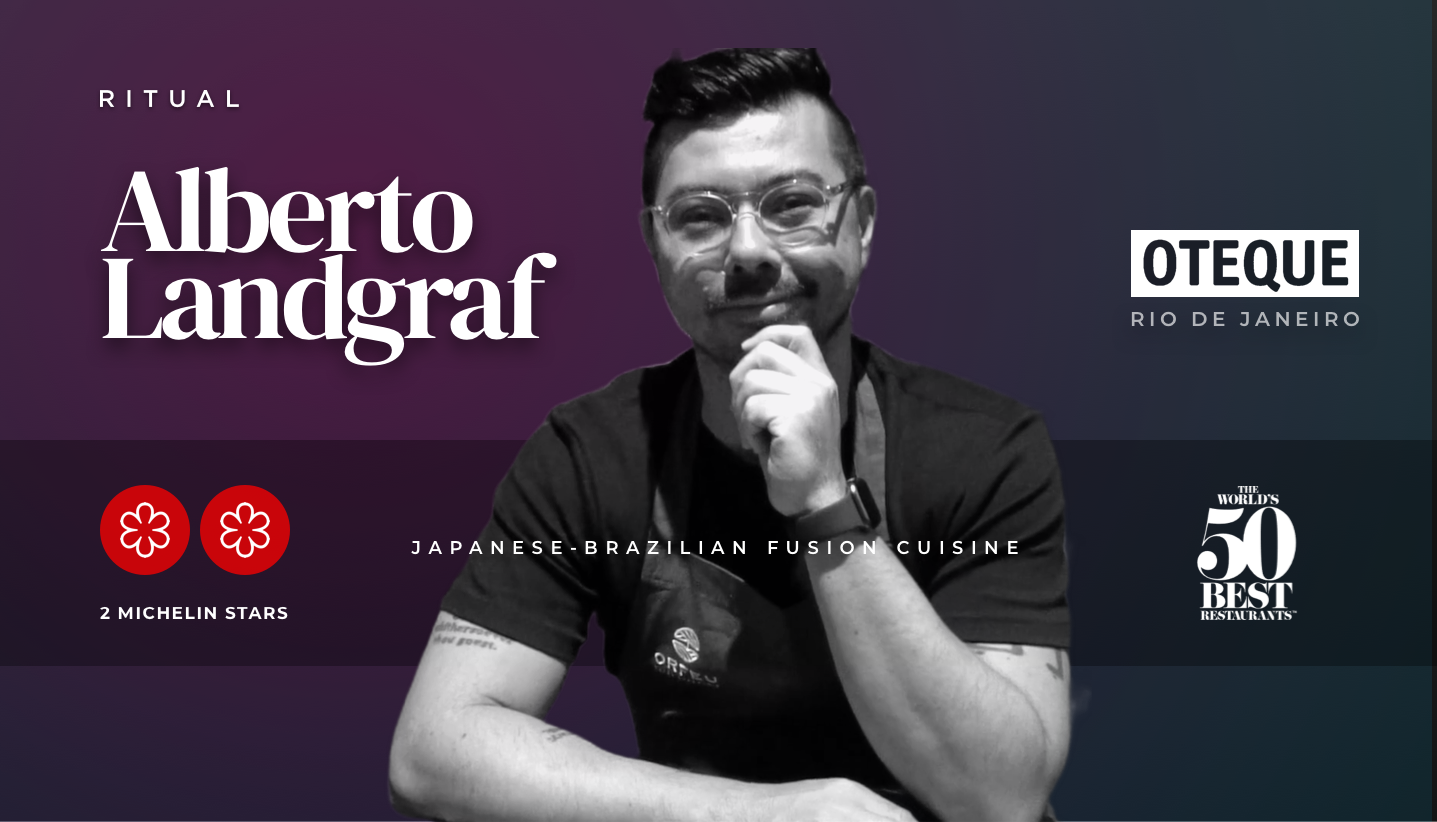 The chef's restaurant in Rio de Janeiro, Oteque was awarded two Michelin Stars since opening in 2018, and made its debut in this year’s list of the World’s 50 Best Restaurants.
Oteque draws on Landgraf's Japanese heritage and European training, applying both to native Brazilian ingredients and fresh seafood caught in the bays of Rio de Janeiro.
APPLY FOR TICKETS 🎟️

Most chefs you speak have that aha moment when they realised cooking was going to be their vocation. For some it was cooking with their mother or grandmother or remembering something they had eaten which triggered that spark. Not for Alberto Landgraf, chef of Rio de Janeiro restaurant Oteque.

In the early 2000s, then a physics graduate, Alberto Landgraf landed in London to learn English. His accidental move into hospitality came only after he found he needed an income to stay in the city. He worked for both Tom Aikens (!) and Gordon Ramsay (!!) before returning to Brazil in 2006 to open his first restaurant. Epice opened in Sao Paulo in 2008 and quickly won recognition, including a Michelin star.

In February 2018 Alberto relocated to Rio de Janeiro and opened Oteque, focusing on his Japanese heritage, not through ingredients, but through simplicity and precise technique. Soon after opening Oteque was included on Latin America’s 50 Best list. Without forgetting the human relationship between producers, staff and clients, Alberto’s creative style strives for excellence on the plate, strongly supporting fair trade and trying to make the world a nicer place for all involved within the food chain. 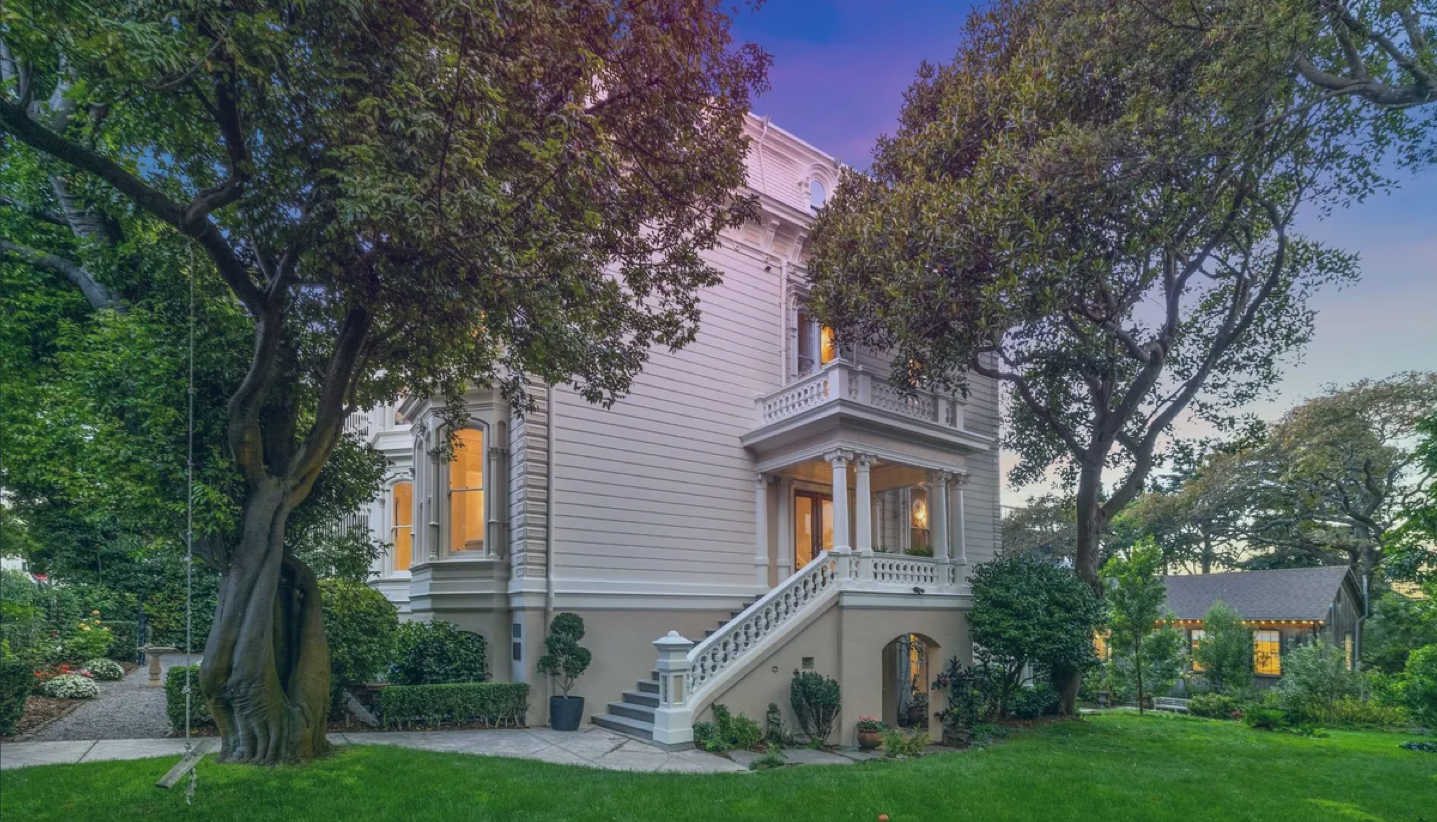 For this special occasion we have selected a 19th century private residence, an Italianate house with a Second French Empire mansard roof built in 1875.

This private home has been included in the National Register of Historic Places in 2014, and is set on one of the largest parcels in the city, and spans over a quarter of an acre.You do not need to imagine the flavours or the ambiance.

Get transported across the world by one of the best chefs in the world, with foreign flavours, enjoying a familiar sophisticated historical landmark in San Francisco.

Celebrate what you want to see more of.